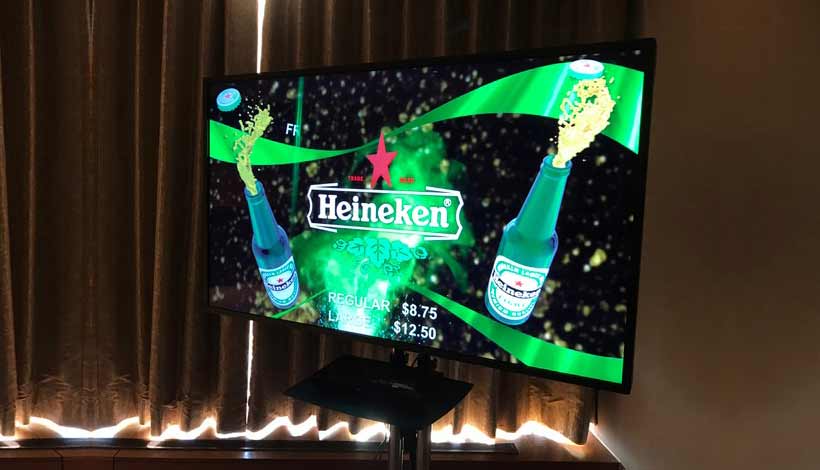 Anyway, Ian, our Commercial Director, is the resident four eyes in our office. We’re unsure how he feels about Bono, but he’s sick to death of hanging out with spiders in dark corners in movie theatres while trying to watch 3D. Sure, contact lenses exist, but that fact rains all over the big parade of anti-3d-glasses-drama I’ve created as a blog set up.

When we received an invitation to hang out with Beta Digital Media Solutions, the UK distributors for Ultra-D 3D technology, Ian jumped at the chance. Like, literally jumped. Dropped the antique crystal he was holding, causing six startled spiders to shriek at such a high pitch that three dogs ran in. Seriously, the things that definitely, truly, absolutely happen in our office, I tell you.

Back to digital signage chat, Ian was invited to Beta to take a look at Stream TV’s amazing Ultra-D. Now we’re getting to the part that will withstand fact checking. Ultra-D is a new way of doing 3D on screen. Any screen, in fact. This technology will be compatible with televisions, tablets, smartphones, laptops and gaming systems as well as touchscreen technology. It’s hoped that this will take off in a way that 3D televisions never did simply because it avoids the two major limitations of previous 3D technology: glasses and content. 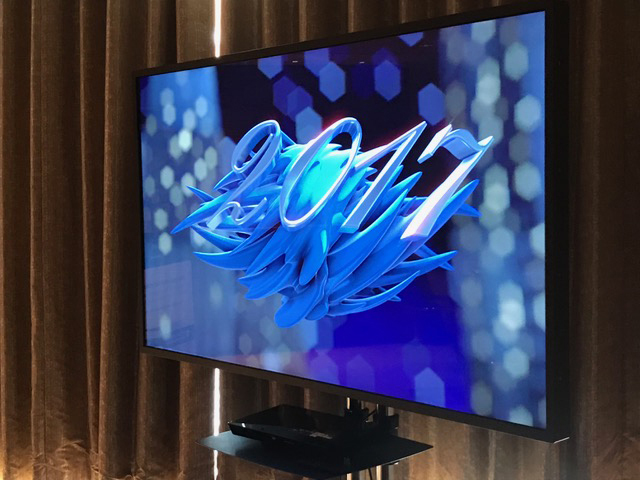 Ultra-D is basically a combination of hardware and software working in sync, but once that’s set up you don’t need anything else. No special glasses, just BYO eyes. You can move about the room and view the screen from any angle, you’ll still see 3D content. Also, you don’t need specially made 3D content. Ultra-D will work with any content. Is it as effective as the 3D you see in cinemas? In all honesty, no, but that’s ok. This isn’t supposed to be a two hour visual treat that sucks up all of your attention in a darkened theatre. You don’t need one of those blue geezers from Avatar trying to poke your face while you’re queuing for a Snickers or playing games on the train. This is extra pizzazz to add to your current every day screen time. This is a little sprinkle of magic to garner a bit of extra attention for commercial digital signage. A smidgen of surprise to help engage your audience.

It’s also adjustable. I know some people begin to feel a little woozy and nauseous with full 3D, so Ultra-D lets you scale the 3D effects up or down depending on your mood. In the same way that you can adjust volume on a screen, you can now adjust the 3D-ness of the effect.

The great news for those of you who are itching to try this effect on digital signage is that Stream TV has partnered with Signagelive to ensure that Ultra-D will work on the platform. Signagelive are obviously our digital signage BFFs so we’re pretty thrilled about the match.

So, what does Ian have to say about the demo? “Yeah, it was pretty impressive. And it’s not outrageously expensive, either”. That’s a direct quote and a “pretty impressive” from the man who once labelled a pizza topped with cheeseburgers as “unbelievable”. I’m looking forward to getting hold of this technology for our office, so we can start playing with content and hopefully manipulate an “unbelievable” from Ian once we’ve got the hang of it. Or, if that ambition seems too lofty then I hope it’ll at least keep the office spiders in their dark corners where they belong. Fingers crossed.